Skip to content
We have made it through our first Christmas as a proper little family. It feels like it was over as soon as it started… and I am feeling pretty shattered… but it was so worth it all.
But here’s what I learnt from my first Christmas as a mum.
Things I need for next Christmas:
Batteries: a rookie error but I didn’t know how many devices need batteries! Literally hundreds of the damn things, and all different sizes. Amazon order made for this year and next year we will be well stocked!
Scissors: Why are all presents rammed into the boxes and tied in with plastic ties so tight? Hours have been spent trying to detach them (okay maybe not hours but certainly precious minutes have been needlessly lost). Decent industrial style scissors are going to be acquired in advance of next year.
Screwdrivers: who would have thought you would need a screwdriver for a toy but not only do you need screwdriver to detach the toy from the box, you then also need a screwdriver to take the battery lid off. I mean why?? I expect it’s safer for children and avoids choking hazards. But why didn’t someone tell me?? I had no idea! 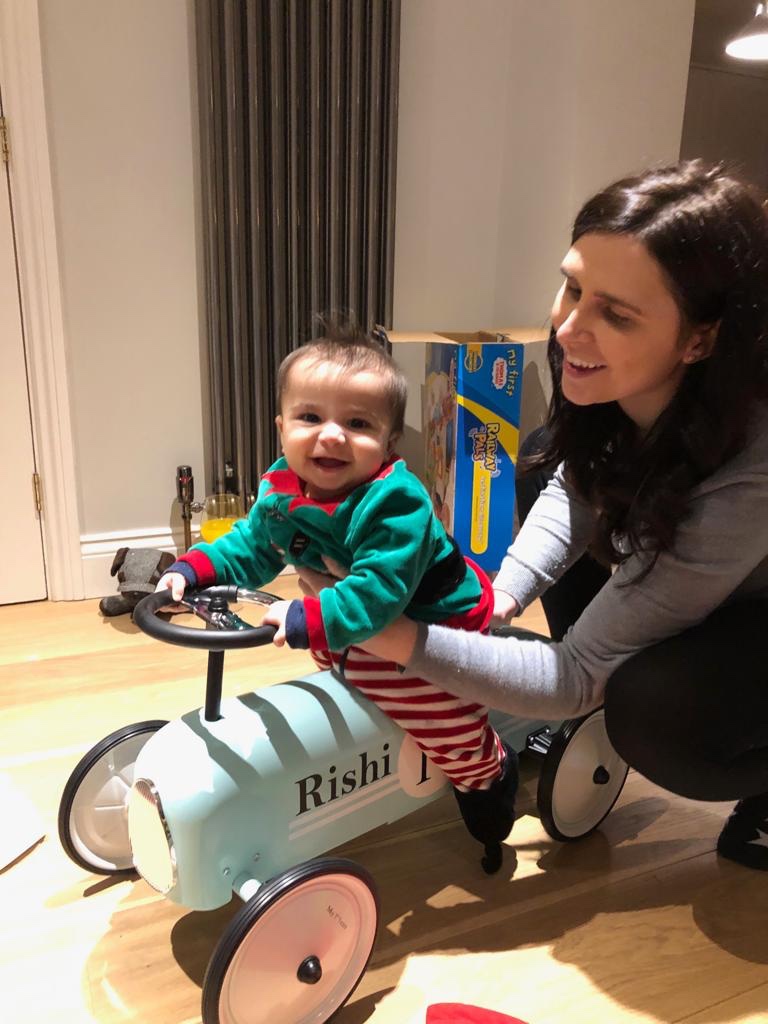 Things that worked well:
Pro actively making a plan to include everyone: We hosted Christmas this year and we were fortunate to have the grandparents to stay.  We made sure Rishi opened presents with each parent / grand parent and so everyone got to experience the fun and got involved in all playing and baby care. 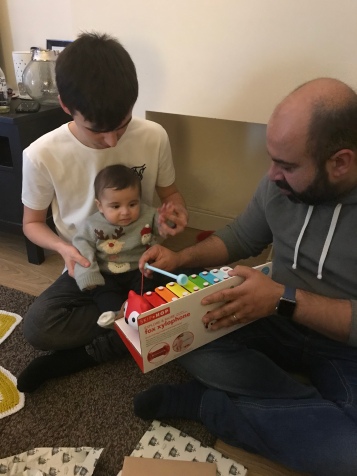 Playing time: one of the best things about this Christmas was that we got to play. He’s just reaching an age when he’s interested in playing so when we opened gifts we had a little play and he loved it! It probably means present opening takes a little longer but that’s part of the magic.
Keep a list of presents received: making a list and even taking pictures of the presents being opened! This will be super nice to send to people so they can see Rishi with the gift and makes it easier for you to keep track of what people have been kind enough to give him. 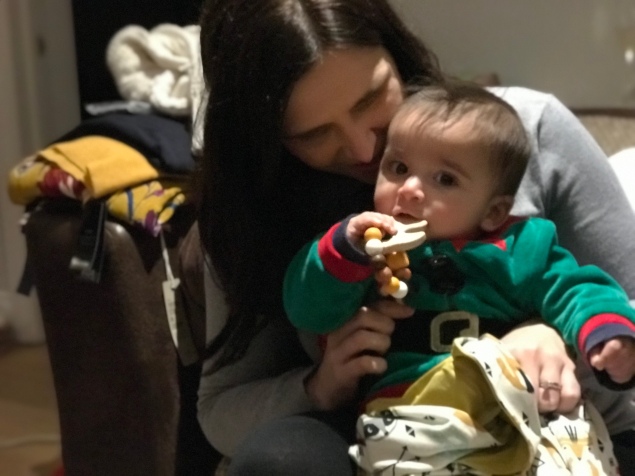 Planning a menu in advance: a little boring, but I planned all our meals for a week ahead of time and I planned when i would be making the various bits… mostly when Rishi would be asleep in the evenings so everything would be ready and we had the stuff in. This made a massive difference as it meant no rushed trips to the shops and food which was catered to everyone’s needs.

Stop and Enjoy: when I got married people told me to make sure I stole some moments just for us on our wedding day because it would be over in a flash. Well, we did the same with Rishi on Christmas Day. We hosted Christmas and had the grandparents to stay for Christmas which was so good for us all but in the morning we opened a stocking present together (one for Mummy, Daddy and Rishi) in bed. It was like this little moment of calm in the madness and remains one of my best memories of the festive period.

Don’t forget what it’s all about: as we are bringing up a multi-faith and multi-cultural baby, it was important that in all the madness that we remembered what Christmas was about, so I made sure that his Grandma was given a book to read to him about the real first Christmas and we also all (as a family) went to church to the family carol service. It was really good for everyone to be there and to be part of the community aswell! We also made sure we had an advent candle and in the future I hope that I can teach him that advent is about a time of reflection, rather than little bits of chocolate. 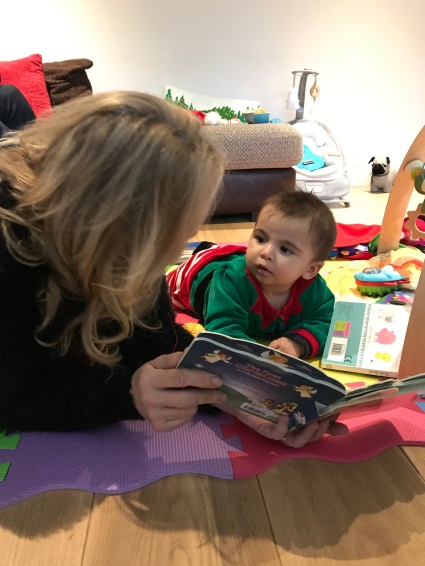 Finally don’t beat yourself up over every detail: this perhaps didn’t go as well as I would have liked. I tend to put loads of pressure on myself for everyone to have the perfect time (or in this case the perfect Christmas). But invariably some things will not go exactly to plan. I need to accept and remember that. And not lose focus on the important things. I am still looking for one of my husband’s presents which I have misplaced and I’m still getting over the stocking mix up! Trust me!

And now it is on to even more planning and prepping for our big time in two weeks time! Bring it on 2019!